Wayne Hayer had to bring his baby, Assata, to class after he was unable to find a babysitter. He never expected to find his lecturer, Professor Nathan Alexander, to offer to hold his baby for the whole lecture just so he could take his note.

The lecture which ran for 50 minutes saw Alexander holding Baby Assata while Hayer took notes from the lecture.

According to another student, Nick Vaughn, before he began teaching, Alexander offered to Hayer that he could hold his baby girl so that the father could take “better notes in class”.

Alexander even continued to hold the baby girl for an additional 15 minutes after the lecture ended while answering questions from the students about the lecture.

A photo of Alexander holding Baby Assata later went viral on the internet after Vaughn shared it on his Twitter account.

Student came to class today with his child due to no babysitter or anybody to watch her while he was in class.
My professor NATHAN ALEXANDER said “I’ll hold her so you can take good notes!” #HBCU #morehouse #Respect 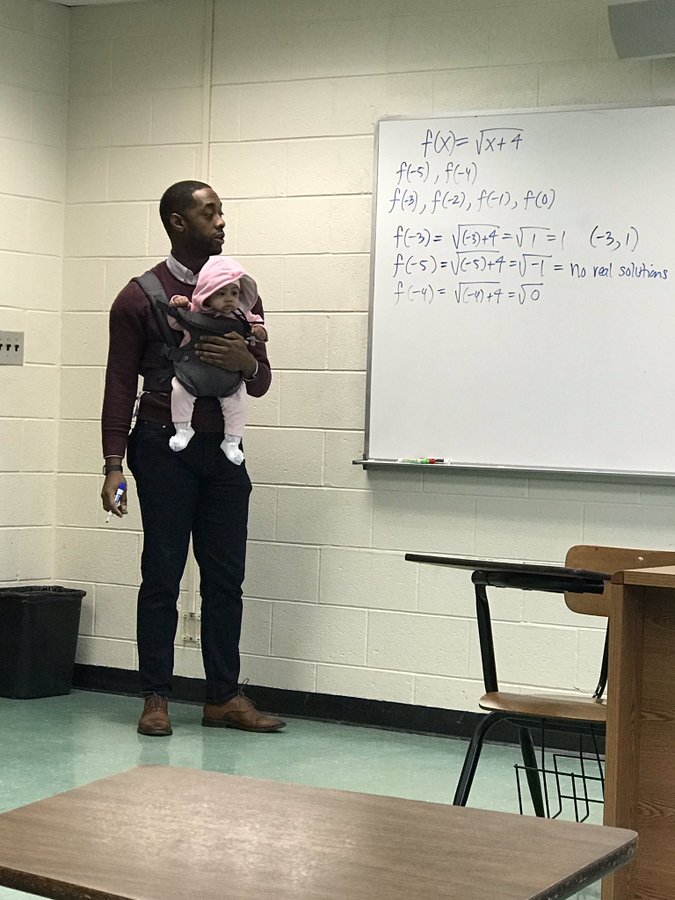 According to Alexander in an interview with Buzzfeed, he was actually worried about looking after the baby during the lecture as he had no experience in handling a baby.

“I’m not a father, I don’t have children of my own,” Alexander said. “I was worried that she would start crying. But it actually went perfectly. She was extremely well behaved.”

Nevertheless, it seemed that Baby Assata had no problem falling asleep as Alexander held and lightly patted her back throughout the lecture.

“When she started falling asleep, I told the class, ‘I guess I’m being boring right now,’” Alexander joked.

As for Baby Assata’s mother, Firda Hayer, she expressed her gratitude for the love and support she and her husband have been receiving.

“Thank you for encouraging us to continue to push forward. Thank you to black educators like Dr. Nathan Alexander for your compassion and understanding,” she wrote in her Facebook post.

Apparently, the Hayer couple was not the only one who was touched by Alexander’s kindness and understanding throughout his tenure at the college


Meanwhile, some people praised Alexander for showing how educators can support their students.

Student came to class today with his child due to no babysitter or anybody to watch her while he was in class.
My professor NATHAN ALEXANDER said “I’ll hold her so you can take good notes!” #HBCU #morehouse #Respect

Because educators do everything they can to help their students succeed. I wouldnt be who I am if it wasnt for my #publicschool educators that taught me how to think broadly and deeply.

As for Alexander, he felt that the positive reactions to his gestures were a “nice recognition” of him as a teacher.

“This is what we do as teachers,” he said.