Here are 10 signs you’re not just on an emotional roller coaster, but may in fact experience mental health problems:

If you’ve had a manic episode before, you know exactly what it’s about. It’s usually characterized by great mood and high energy levels. The symptoms of a manic episode include: overconfidence, happiness, but also anger or irritability.

What’s specific about this kind of episode is the risky behavior often accompanied by extremely high energy levels. People experiences a manic episode could feel like they’re on top of the world, not be able to sleep or eat due to major excitability.

Other behaviors include engaging in unsafe sex, gambling, spending lots of money or even stealing. A hypomanic episode is usually less severe.

The symptoms of this kind of episode coincide with those of major depression. This makes it sometimes difficult to diagnose. They include: feelings of sadness, loneliness, low self-esteem, and very low energy levels. During this episode, people feel they no longer enjoy the activities they used to and it’s harder for them to accomplish daily tasks.

“The depression inevitably comes to break up the party, and when it does it feels like the worst it’s ever been every single time. When you’re manic it’s hard to even remember you could possibly have been depressed before because you feel so good in that moment, and when you’re depressed it’s impossible to believe you’ve experienced happiness in your life.”

If you have many personal projects that you left unfinished, maybe it’s a sign of concern. Or maybe you just picked up this habit. People with bipolar disorder often start daring projects while in the manic phase. They feel overly ambitious, driven and so they are at their most productive. But as soon as the depressive symptoms start to kick in, they will find it very difficult to finish what they started.

This could also be a sign of stress or anxiety. Being irritable will affect your relationships at work or with friends. It’s true that we all have our bad days and we all get angry with certain things. But with bipolar, it tends to disrupt our social lives and wreak havoc on our internal world too.

Low energy levels can greatly impact your performance at work, no matter what you do for a living. Many of the symptoms of bipolar disorder can interfere with your productivity as well as your relationship with co-workers. The illness could be so severe that some days you can’t even show up for work. 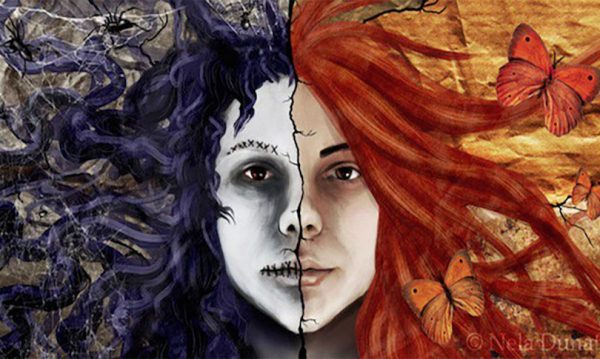 Statistics indicate that about 50% of people with bipolar disorder also have to deal with substance abuse (either alcohol or drugs). When in a manic phase, they will drink to slow themselves down. And when they have a depressive episode, they turn to alcohol to improve their mood. That’s a misstep because alcohol is more of a depressant than antidepressant.

Some people are just talkers and some of these even talk very fast. But when a person who doesn’t usually talk much is all of a sudden talkative, could be they’re dealing with something. The rapid speech occurs usually during the manic phase when they’re overly excited and stimulated. Other signs include constantly interrupting the other.

A disturbance in your sleeping patterns is another sign of concern. It may be a symptom of many issues and one of them is bipolar disorder. Usually, a manic episode will bring sleeplessness while a depressive episode could cause you to oversleep due to lack of energy.

When going through a manic phase, the mind of a person with bipolar disorder is bursting with thoughts. This is the phase when people dealing with this mental issue get many creative ideas and can’t wait to pursue them. The downside is they may not accomplish what they set out to do if their mood quickly changes.

During the manic phase, many people exhibit behavior that is inconsistent with their usual activities. Because of inflated self-esteem, they are quick to act so they’re more impulsive than usual. Chaotic behavior can mean spending more, engaging in risky sexual behavior or gambling.