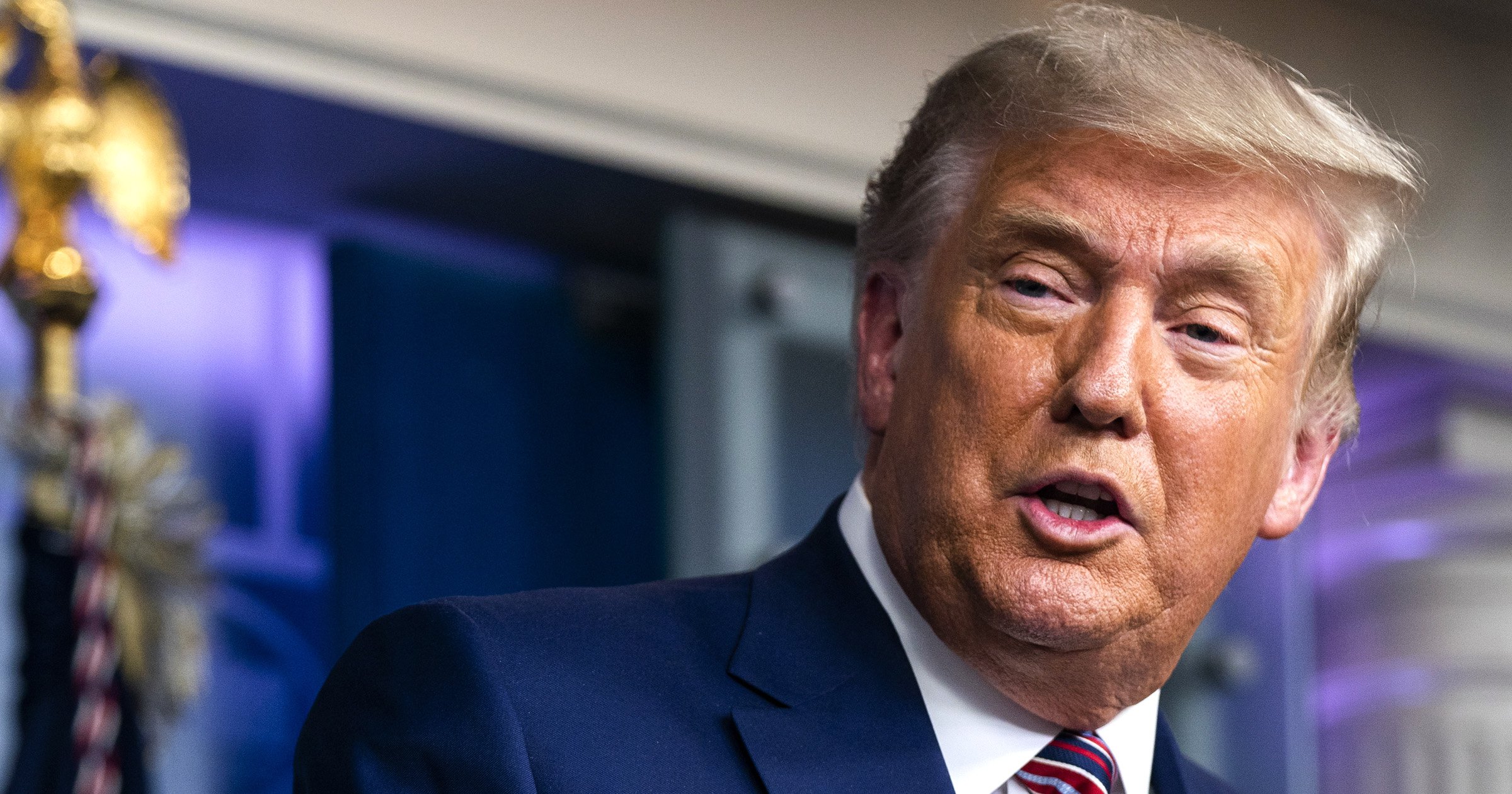 Donald Trump at the White House on Friday (Picture: Getty)Donald Trump muttered ‘I won’ during his second public appearance since losing the US presidential election to Joe Biden a fortnight ago.
The President of the United States made the remark at the White House Friday – only the second time he has spoken publicly since Biden was declared winner on Saturday November 7.
Speaking about his efforts to lower drug prices, Trump went off-piste and said: ‘Big pharma ran billions of dollars of negative ads against me during the campaign, which I won by the way.
‘But, you know, you’ll find that out. Almost 74 million votes. we had big pharma…the media…big tech…a lot of dishonesty against us.’
The references to ‘big pharma’ came during a press briefing about lowering drug prices for Americans.
Trump left afterwards without taking any journalists’ questions about his claim to have won the contest.
He has repeatedly refused to concede the election result to Joe Biden, and made repeated but unfounded claims the result was fraudulent.
The success-obsessed president faces the ignominy of becoming only the 11th president in United States history to be voted out of office after a single term.

President Trump left Friday’s press briefing without taking any questions from journalists about his claim to have won the election (Picture: AFP)Earlier on Friday, officials in Georgia confirmed that Joe Biden had won the state for his Democrat party for the first time since Bill Clinton clinched it in 1992.
Biden also flipped Arizona – a traditionally Republican state. And he managed to win back Wisconsin, Michigan and Pennsylvania – traditionally Democrat states that Trump flipped Republican in the 2016 election.
Trump cited the 74 million people who voted for him during Friday’s appearance.
That is the second biggest turnout in US election history, but still falls far short of the 80 million who voted for Biden.
Many White House aides – now said to include his daughter Ivanka Trump and her husband Jared Kushner – privately accept that Trump has lost.
But several key cronies continue to convince Trump otherwise.
The president’s legal fixer Rudy Giuliani held a rambling press conference Thursday unveiling plans to mount legal challenges to election results in various US states.
Trump and another of his legal advisers, Sidney Powell, are said to be convinced that voting machines from a manufacturer called Dominion are behind the alleged scam, although they have yet to produce any solid evidence to support their claims.
President-elect Joe Biden has dismissed Trump’s fraud claims, and says his plans to become 46th President of the United States on January 20 are well underway.
Get in touch with our news team by emailing us at webnews@metro.co.uk
For more stories like this, check our news page